I unable to pay home loan, PL, Local public credits I have only one home that what’s in loan I haven’t able to sell the property because of local public and bank collection agency I need good suggestions from permanently

Hi, Please let me know if Bank can take any legal action for unauthorized withdrawal of pension from my dad’s account. It happened for 8 months from June 2016 to January 2017 post which I immediately did NEFT and transferred all the money back to his account. He passed away in May 2016 and I deposited the money back in June 2017. I am about to inform the bank about his passing away in few days. Pls guide..bit scared 🙁

What legal action can be taken on recovery agents of bank

I have taken a loan from 2 NBFC?s in 2014 in lucknow, at present I am in Noida, at the time of loan I was working, unfortunately after few months I lost my job but I kept on paying the EMI for 8-9 months, I was job less for approx. 1.6 years. After I got a job I contact both the finance company for settlement of my loan, but I didn?t received any response from F, So I settled the loan of B & again contacted F in Aug 2016 for settlement but again no response. Know F recovery person(Female callers) is calling my sister-in-law, friends & company and harassing them they called them 75 times although they are having my number they are abusing me and saying to pay the money within 24 hours. I told them that when I contacted you then you didn?t replied and now you want the money within 24 hours. I need some time to arrange then she said if you will not pay the money within 24 hours then team will lift my wife and kids we know when they are alone. What should I do?

Bank overcharging interest on interest where to file complain

Bank is refusing to give back property documents, when asked why so it was only 30,000/- they said that is interest on 30000/- till now i argued so now as a settlement bank is asking fr rupees 80,000 as a one time settlement sir please tell me what can i do on this matter can i file a case on the bank for putting interest on interest? 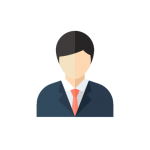