Warning: ftp_pwd() expects parameter 1 to be resource, null given in /homepages/44/d793335463/htdocs/pro/wp-admin/includes/class-wp-filesystem-ftpext.php on line 230
 Why Choose One Person Company Registration for Startup | Company Vakil

Why Choose One Person Company Registration for Startup

Home Why Choose One Person Company Registration for Startup 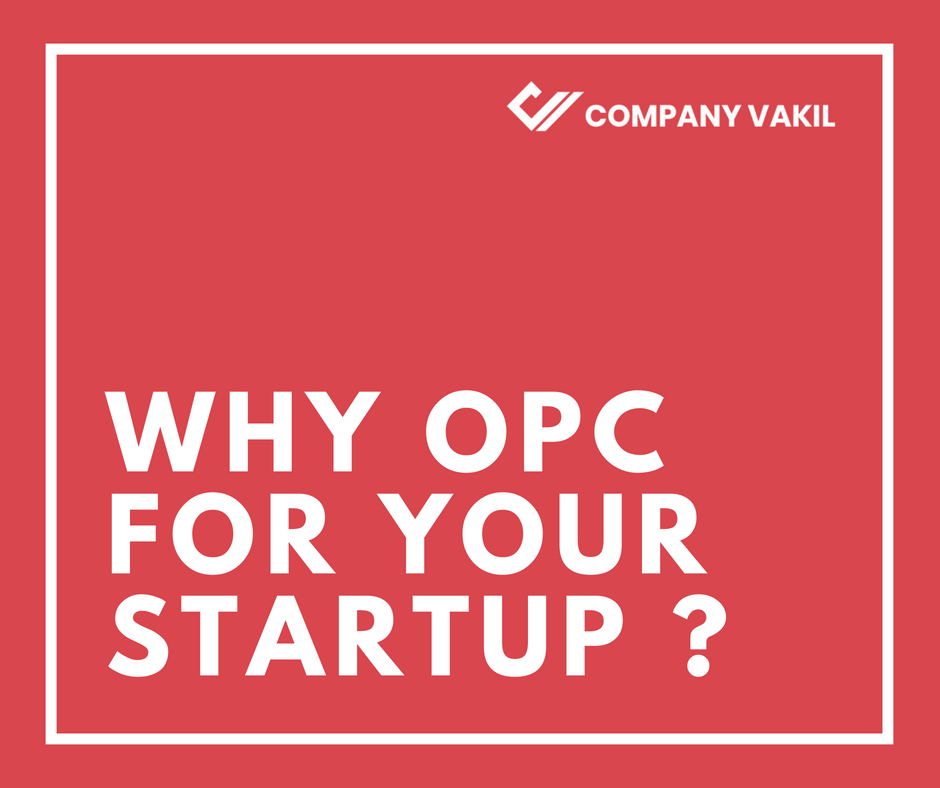 The year of 2013 came as a ray of hope for independent, ambitious, risk- oriented individuals in India. With the passage of Companies Act,2013(Amendment) One Person Company was incorporated under Section 2(62) of the Act. Section reads as “means a company which has only one person as a member”. Before OPC came into picture there was only way for individuals to open a private limited company and that was to have at least 2 members. For opening a business at individual level they had to opt for sole proprietorship form of business which was not separate entity in the eyes of law like OPC. Liability incurred in sole proprietorship firm used to be unlimited which served as a danger for personal assets of the individual while in, OPC liability ids limited and personal assets of the director or shareholder are secured.

One-person company is a Private Limited Company and its liabilities are pretty much similar to any private company except for a few exemptions provided by the Govt. of India. The concept of OPC is very new in India but it has been very successful in USA, Singapore and also Europe for quite some time now. Some of the large MNC’s worldwide such as Amazon, eBay were started by a single person in the beginning but they went on to become one of the largest multinational companies in the world. Some individuals in India have done well too since the entry of OPC in the Indian market. But yet, it will be too much early to say anything about OPC’s future in India even if, it looks promising for entrepreneurs who want to be independent and manage all the important affairs of their company on their own. Later, on in OPC there is an option of converting your into Private Ltd. Company once one crosses 50 lakhs in paid up share capital and the personal turnover is 2 crores rupees.

Reason for choosing OPC
There are several reasons for which individuals planning to open a startup should choose OPC as their form of company. They are as follows:

2. Easy Funding
It is very likely for a lending organizations like banks to trust a private limited company (OPC) than a proprietorship firm. Hence it will easier for an OPC to raise funds others like venture capital, angel investors, financial institutions etc. It will also allow these OPC as startup’s to gradually convert themselves into private limited company.

3. Additional risk, Limited Liability
The liability in OPC is limited this increase the risk taking ability or capacity of an individual for the startup since his personal assets are not at risk it will be possible for that individual to take more risks individually.

4. Minimum regulations
Government of India have given a lot of incentives to individuals under its flagship scheme of Startup India for opening One Person Company. There are a lot of exceptions which results into less procedural formalities for incorporation of the company. There are provisions for tax-benefits too which will enable the entrepreneurs to focus on developing their business instead of worrying complying with government norms and limitations.

5. Perks of being a Small Scale Industry(SSI)
An OPC have the option of availing the benefits given to Small Scale Industries for example: taking credit at lower rate of interest from banks and other government institutions, generating funding without any security from banks up to a certain limit, benefits under MUDRA Scheme, various incentives given under Foreign Trade Policy and a host of other incentives. These incentives could be very useful for new startup’s nurturing them into full-fledged companies.

6. Credit Rating doesn’t matters
In case an OPC applies for loan, then credit rating is not relevant for securing that loan. An OPC rating is sufficient for that which means that even if you have bad credit rating in the market it will be not difficult for you to get funds if the rating in OPC is as per the required norms.

7. Only Owner
Since OPC is individual oriented company the owner has full independence and control over the day to day functioning of the company. Element of consent from several parties is eliminated in this form of business.

8. Benefits under Income Tax
There are several tax benefits which is available to OPC. Since OPC is a separate legal personality in the eyes of law any remuneration which is paid to director or other shareholders will be allowed as a deduction under Income Tax Law. Other benefits like tax holidays from time to time under various government schemes is available to the individuals.

9. Receive interest on any late Payment
Since most of the startup’s fall in the category of Small Scale Industries (SSI) they are included under Micro, Small and Medium Enterprises Development Act, 2006. So if a buyer or service provider is paying after the passage of specified period then the OPC is entitled to the interest which is almost thrice the bank rate.

10. Increased credence and stature
In the market any business which is running in the company form has an added advantage of trust and prestige over other form of business. This status gives the power and belief to the company even in utmost difficult times to fight till the end. Apart from that being on government domain makes it easier for OPC’s to gain trust of people internationally in case they want to go global especially business related to exports.

About Company Vakil: With help of technology it simplifies the process of registrations in India. Company Vakil believes in complete transparency in price, process and time consumption. Company Vakil also follows the likes of famous Just in Time process to deliver services on time without a hitch.