Warning: ftp_pwd() expects parameter 1 to be resource, null given in /homepages/44/d793335463/htdocs/pro/wp-admin/includes/class-wp-filesystem-ftpext.php on line 230
 VAT RETURN UNDER GST | Company Vakil 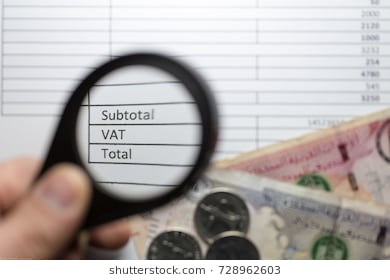 Introduction of GST in India has brought a strategic shift in the country’s indirect tax system. It has, at the same time, introduced many changes in the way of paying taxes. Taxpayers are still not familiar with the new system of GST. There’s a lot of confusion about how the new system will work and what about the incomplete process of old tax structure such as VAT RETURN, CENVAT, excise and service tax etc.

In this article, we will try to clear all the doubts regarding what will happen to VAT return and how the revision of VAT return will be implemented after the coming into force of GST on 1st July 2017.

Before going into the question of implementation of VAT return after GST, let’s first discuss what VAT return is?

What is VAT return?

In a series of indirect taxes that is levied in the country, one of them is VAT. VAT is short for Value Added Tax. Tax is levied at every stage of value addition to any product. For eg. While manufacturing a car, it requires a lot of component to assemble that makes a complete car. Each component is liable for levying of taxes such as addition of a tyre into car will incur tax.

At the same time, the law says double taxation should be avoided. That is, once tax is paid on a product, the taxes should not be levied on them again. Here in this example, tax has already been paid on tyres while the car manufacturer bought them from tyre company, so, the same amount should be credited back to the car manufacturer while selling cars. This is called VAT Return.

Now the term “VAT Return” is clear. Let us proceed to the more pressing issues such as what happens to the revision of VAT Returns, CENVAT(Central VAT) and service tax after 1st July 2017, the date of GST implementation.

How the last returns of VAT, excise, service tax will be filed after GST implementation?

As per the government notification, no changes has been brought here. All the returns will be allowed to be filed as per the time period that were in practice before. The last date for filing all the returns are below –

How the revision of returns will take place, if required?

In this case also, no changes have been notified by the government. The revision is allowed as per the old schedule.

What will be the time limit for revisions?

What happens if after revision, taxpayer is found to be liable to pay an additional VAT of amount, say, Rs 20,000?

The taxpayer will have to pay the additional VAT if found to be liable even after GST roll out.

Can he claim Input Tax Credit on additional VAT?

Under GST, additional tax or VAT after revision is considered as arrears of tax and therefore not eligible for ITC. So, No, he can’t claim ITC on additional VAT.

How the refunds after revision will take place?

As before, it will be credit back directly to the taxpayer’s account.

One thing to note here is that, contrary to the belief, it will not be adjusted against GST dues.

Suppose a taxpayer has to pay GST of amount, say, Rs 20,000 and he is eligible for refunds after revision of his old taxes paid of amount Rs 5,000. He can’t adjust this amount against GST dues.

If a taxpayer misses his ITC claim on few of invoices for which VAT and other taxes is filed in July. Now can he claim ITC on them after GST roll out?

Yes, he can still claim ITC on those invoices provided he submits a return receipt of original invoices with the claim within one year of paying taxes on them.

How the pending revision claims under CENVAT and VAT and appeals regarding the same will be treated after GST roll out?

GST roll out would not bring any change in their treatment. They will be dealt with according to the old tax laws. If eligible for any refund same will be credit back to the taxpayer’s account and if not eligible then no refund will take place.

What will be the status of CENVAT and VAT credit as per the last return filed by any taxpayer in GST regime?

One thing to note here is that, under GST regime refund is not allowed so for last returns filed by taxpayer, no refund will take place as ITC is already in place for that.

GST roll out may create more complexities in the minds of taxpayers so better they be prepared for that. They should file their returns within time and remain free from any hassle after that. If they are facing any problems in filing their VAT returns or in claiming any refunds, they must take the help of experts at Company Vakil.