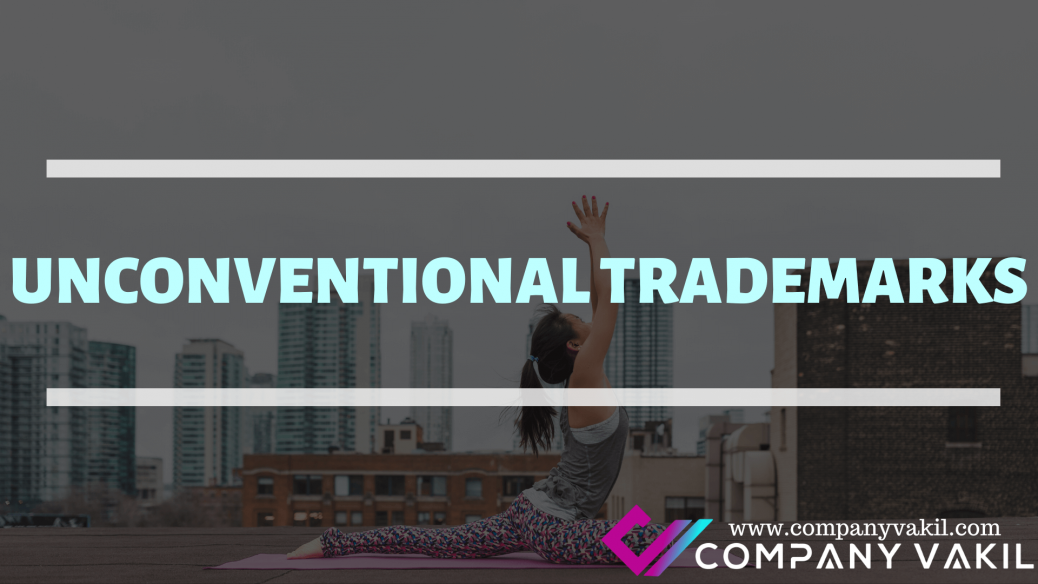 Unconventional, according to the Oxford dictionary, means “not following what is done or considered normal or acceptable by most people; different and interesting.” Anything which is not being generally followed, something out of the box is known as unconventional. So what are unconventional trademarks?

Trademarks are essential for a brand and its image. Each trademark is unique so that it is easier to distinguish one brand from another. Unconventional trademarks are non traditional type of trademak. Following types of marks come under this category:

In order to constitute a trademark, a colour or combination of colours must be capable of distinguishing the goods or services of one trade from those of other traders. If a particular colour of packaging has become distinctive indicating the goods of a particular trader, there is no reason why it should not be protected.

A single colour may be registered as a trademark if it is very unusual and peculiar in a trade and is recognized by traders and consumers alike. It serves as a badge of origin for that class of goods. As colours per se is not normally used by the traders as a means of brand identification, unlike words or pictures, consumers are not in the habit of making assumptions about the origin of goods and services based solely on their colour or the colour of their packaging.

To register a combination of colours, it is necessary that it is unique and the way they are being used. If the colours are presented as a figurative mark, then as few as 2 colours could be accepted; but if they are simply the colour of the packaging of the product, they are less likely to indicate trade source. When applications consist merely of colours applied to the goods or their packaging, it will be necessary to consider how unusual the colour combination is in relation to the goods and whether the combination is likely to strike the relevant consumer as an indication of trade source. It is, for example, unlikely that average consumer would, without extensive and exclusive use, view colour combination such as blue and white or yellow and white as an indication of trade source. Wherever the exclusive right to colour is sought, weighty evidence should be necessary to overcome objection to the trademark registration.

The law does not explicitly exclude “sound marks” from registration. Sound marks, in a trademark sense, are extremely rare. Accordingly, a trademark may consist of a sound and represented by a series of musical notes with or without words. To this end:

the acceptability of a sound mark must, like words or other type of trademarks, depend upon whether the sound is or has become a distinctive mark; that is, whether the average consumer will perceive the sound as meaning that the goods or services are exclusively associated with one undertaking. The following trademarks may not be accepted for registration as they are incapable of distinguishing goods and services of person from those of others:

As a marketing strategy, manufacturers of goods introduce smells of scents to make the use of the products more pleasant or attractive. These goods could include cleaning preparations, cosmetics and fabric softeners. Even less obvious goods are now manufactured with particular scents to add to the product’s appeal, for example, magazines pens, paper and erasers.

The expression of trademark includes shape of goods and their packaging. When an application for a trademark consisting of goods or packaging is made, the application should be in relation to the goods only and not in respect of the container e.g. where the right in mark is claimed in respect of perfumes contained in a bottle, the goods should be shown, as “perfumes” and not as “bottles” which is merely a container.

While the legal test for distinctiveness is the same for shape of marks as for other marks, recognition must be given to the differing perceptions of the average consumer in relation to non-traditional trademarks. In particular, the average consumer may not as readily accept the appearance of the goods themselves as an indication of trade origin.