Warning: ftp_pwd() expects parameter 1 to be resource, null given in /homepages/44/d793335463/htdocs/pro/wp-admin/includes/class-wp-filesystem-ftpext.php on line 230
 Prohibited Business Names and Logos | Company Vakil 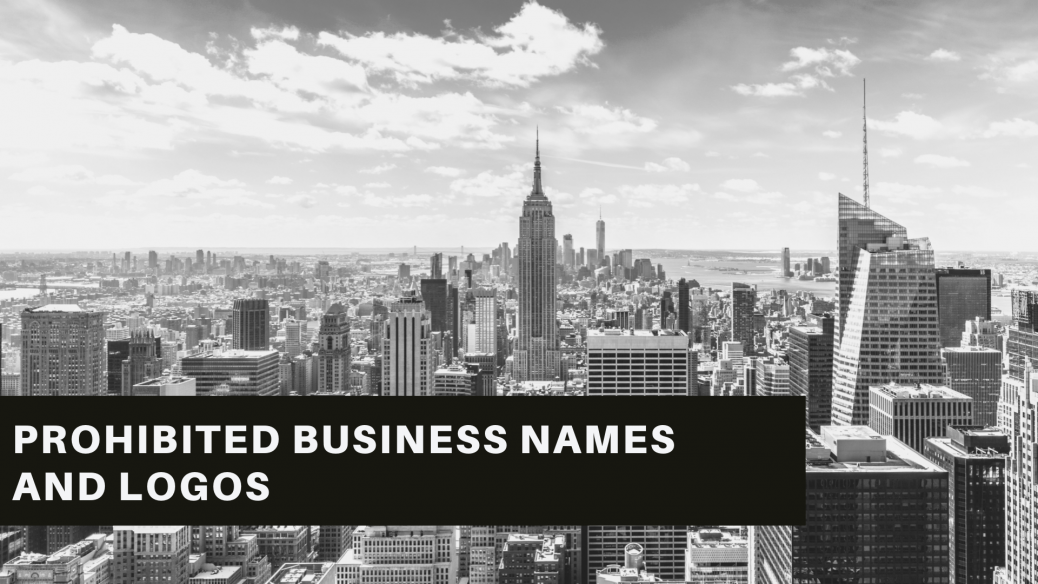 Trademark is an important tool for businesses. It is a unique name, logo or design which helps in the identification of products and services and allows consumers to distinguish between different products and services. Trademark creates an image and a brand name for the business. Thus, it is crucial for your business to obtain a registered trademark. The first step for registration of a trademark is to choose a logo or a name which is appropriate for your business. There are certain names and logos that are prohibited by law from being used as trademarks. The prohibition of such trademarks is governed under the Trade Marks Act 1999 and the Trade Marks Rules 2022. The prohibitions have been listed below:

Absolute grounds for prohibition of registration of trademark:

Section 9 of the Trade Marks Act, 1999 lays down the following absolute grounds on which registration of a trademark is prohibited.

Prohibition of registration of Geographical Indication as trademark:

Registration of geographical indication as a trademark is strictly prohibited according to Section 25 of the Geographical Indication Act. The prohibition is intended to prevent misappropriation of public property which may lead to confusion in the market. Names of places with less than 5000 population can be used as trademarks, however, names of location with larger areas can not be used as trademarks

Prohibition of Olympic Symbol or Word:

.An Olympic Symbol or Word, The Olympic Motto and the words Olympic, Olympiad or Olympians are prohibited from being registered as trademarks except under the authority of the Olympic Committee. All those marks which are remotely similar to the Olympic Symbol or Motto are likely to create an impression of association with the Olympics. Hence, such symbols or names are strictly prohibited.

Prohibition of name or logo containing scandalous or obscene matter:

A business name or logo that is to be used as a trademark shall not comprise of scandalous or obscene matter. Logos or names that may offend the accepted principles of morality are termed as scandalous and are prohibited from being registered as a trademark. Marks that may induce public disorder or provoke criminal and offensive behaviour are not allowed to be registered. A vulgar mark on any goods is not acceptable as a trademark.

Emblems and Names (Prevention of Improper Use) Act, 1950:

Following words and symbols have been refused to be registered as trademarks by the Central Government under Emblems Act:

Name, emblem or official seal of both Central and State Government is prohibited from being used as a trademark. Any name or symbol used by a government department is also prohibited.

Name, emblem or official seal of President, Governor or Republic of the Union of India and the name or pictorial representation of Rashtrapati Bhavan or Rashtrapati can not be used as a trademark.

Using the name of the Parliament of any State Legislature, Courts, Secretariat of Central and State Governments or any other government office as a trademark is  not allowed.

Also, the words “Ashok Chakra” or “Dharma Chakra” or pictorial representation of Ashok Chakra or any other colourable imitation are prohibitory trademarks. Words ‘National’ and ‘Panchsheel’ are also prohibited.

Name and picture of Chhatrapati Shivaji Maharaj is a prohibited business name or logo.

Law prohibits registration of any word as a trademark which is a commonly used name of a chemical element or compound and is declared so by the World Health Organization. A trademark should also not be deceptively similar to a chemical compound.

Trademarks helps the traders to create a brand name for their product. However, restrictions on the use of particular words or logos as trademarks is placed by law to prevent Monopoly of goods and services and protect the customers from being deceived.