Warning: ftp_pwd() expects parameter 1 to be resource, null given in /homepages/44/d793335463/htdocs/pro/wp-admin/includes/class-wp-filesystem-ftpext.php on line 230
 IPR IN THE LIGHT OF PATENT, COPYRIGHT AND TRADEMARK | Company Vakil

INTELLECTUAL PROPERTY IN THE LIGHT OF PATENT, COPYRIGHT AND TRADEMARK

Home INTELLECTUAL PROPERTY IN THE LIGHT OF PATENT, COPYRIGHT AND TRADEMARK 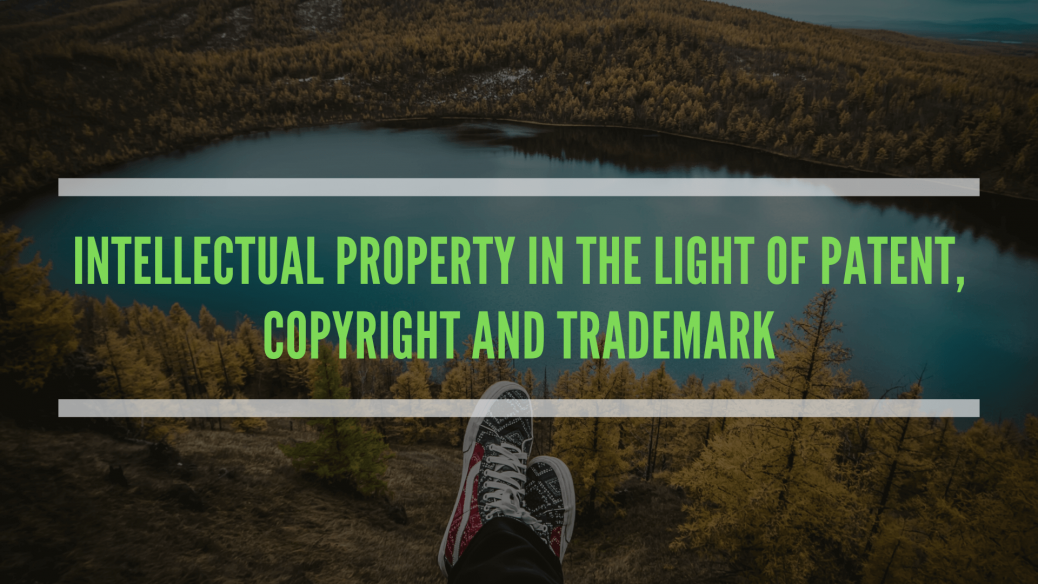 You wrote a book which is like no other, or you designed a logo for a company which distinguishes it from all the others, or you invented something that can be used by the public in general. These are your creations, something born from your intellect, it is your property. Intellectual property is nothing but an intangible form of property which is a result of a person’s creativity.

World Intellectual Property Organization (WIPO) defines intellectual property as “creations of the mind such as, inventions, literary and artistic works, designs and symbols, names and images used in commerce. WIPO recognizes five (5) types of intellectual property, namely; Patent, Copyright, Trademark, Industrial design and Geographical Indication. In this article, we will be focusing on the first three types, i.e., patent, copyright and trademark.

For a patent to be granted, the following conditions are necessary:

Patent is a grant or a right given to an inventor for the protection of his invention. The grant is given by a government authority, which is Indian Patent Office (IPO) in the case of India. The Patents Act, 1970, defines Patent as “a patent for any invention granted under this act”. Whereas, Invention is defined as “a new product or process involving an inventive step and capable of industrial application. Thus, the protection given by a government authority for an individual’s invention is known as patent.

Section 3 of the Patents Act describes what does not constitute as inventions, which is as follows:

For the purposes of this clause, salts, esters, ethers, polymorphs, metabolites, pure form, particle size, isomers, mixtures of isomers, complexes, combinations and other derivatives of known substance shall be considered to be the same substance, unless they differ significantly in properties with regard to efficacy;]

Section 53 (1) of the Patents Act talks about the term, which is twenty (20) years from the date of filing the application for the patent. The Explanation to the clause 1 of section 53 explains the term of patent in case of International applications, filed under the Patent Cooperation Treaty designating India, shall be twenty (20) years from the international filing date accorded under the Patent Cooperation Treaty.

Copyright is an exclusive right given to a person who is the brain behind a creative work, someone who created something ranging from literary, dramatic work to sound recordings. It protects the expression of a unique or creative idea and does not protect the idea. For example A, an author comes up with this great idea for his book, but before he could publish it, he sees someone else’s book with some similar storyline. What can he do now? Nothing, as what he thought of was just an idea and was not expressed and an idea is not protected under the Copyright Act, 1957.

Section  14 of the Act defines copyright as “the exclusive right subject to the provisions of the Act, to do or authorize the doing of any of the following acts in respect of a work or any substantial part thereof, namely:—

Provided that, such commercial rental does not apply in respect of computer programmes where the programme itself is not the essential object of the rental.

As a common rule in India, copyright is given for a term of sixty (60) years for the above mentioned types of works for which copyright can be granted. Chapter 5 of the Copyright Act, 1957 deals with the term of copyright.

Sub-clause (zb) to Section 2 of the Trade Marks Act, 1999 defines trade mark as “a mark capable of being represented graphically and which is capable of distinguishing the goods or services of one person from those of others and may include shape of goods, their packaging and combination of colours. So a logo of a company is a trademark, a tagline distinguishing it is a trademark. It gives the owner of the trademark a legal right which protects him in case of unauthorized use. In India, shape of goods can also be trademarked; the only requirement is that it can be graphically represented clearly.

Different types of Trade Marks that can be registered in India are Product Marks, Service Marks, Certification Marks, Shape Marks, etc. The term of a trade mark is for a period of ten (10) years, which can be further renewed. The Trade Mark law covers registration, process of registration, prevention, penalties and remedies.

India has seen a surge in the field of intellectual property and the rights associated with it. Patents, copyrights and trademarks are the backbone of the IP industry. We are seeing more registrations for the protection of a person’s creativity and hard work. The above discussed rights are all similar when it comes to protecting uniqueness of an entity and are yet so different. All these rights protect different types of work, invention or a product or service for a certain period of time. It is on us to make the people around us aware about their intellectual property rights and the consequences of their unawareness. If these rights would not be protected, there would be no respect of ideas and innovations, no place for hard work and unauthorized use of an entity’s valuable asset.