Warning: ftp_pwd() expects parameter 1 to be resource, null given in /homepages/44/d793335463/htdocs/pro/wp-admin/includes/class-wp-filesystem-ftpext.php on line 230
 GUIDE TO DOUBLE TAXATION | Company Vakil 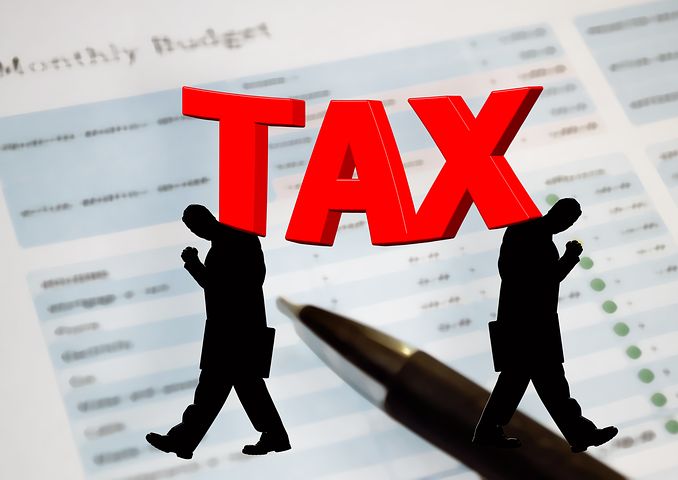 Double taxation is a term which is used to refer to a situation where taxes are levied on a single income more than once. This will usually occur in situations where a taxable income of an individual or corporate entity is levied upon in two different tax jurisdictions. The effect of this is such that the tax burden of an entity is increased more than usual. This article is therefore aimed towards unravelling the technicalities invlved in the concept of double taxation as provided for in Section 90 of the Income Tax Act.

GETTING RELIEF IN CASE OF DOUBLE TAXATION

The undue increase of tax burden caused by double taxation in turn causes a reduction in the net income after tax of an individual or company. There is therefore the need to correct this inherent hardship, which is why provisions have been made for double taxation relief.

With the world now being a global village, very many organizations as well as individuals now have their tentacles spread all over the world and being able to connect and transact business in various countries from their resident countries as brought a kind of technicality as to where the burden of tax should lie, leading most times to double taxation

In most countries, tax is usually levied based on
1) Source Rule and
2) the Residence Rule.

The source rule is to the effect that income is to be taxed in the very country where such originates regardless of whether the income is for a resident or a non-resident.

On the other hand, the residence rule confers power to levy tax on the country in which the taxpayer lives in. The existence of both rules existing at the same time will cause an entity to suffer tax at both ends, increasing the cost of operating on an international scale and leading to a cog in the wheel of globalization.

Flowing from the foregoing, the place of Double Taxation Avoidance Agreements (DTAA) cannot be undermined. It should be noted that the double taxation relief will usually be made available in two ways, which are:
The unilateral relief and
The bilateral relief.

The double tax relief provided for under Section 90 is available only to the residents of the jurisdictions the are part of the agreement. If a resident of another country is to claim relief for double taxation, they would have to obtain a Tax Residence Certificate (TRC) from the Indian government.

As earlier stated, in India the basis for determining personal income tax or company income tax is usually the residential status of an individual or corporate entity. For residents, their gross income which includes both Indian as well as Foreign Income will be taxable in India but in the case of non-residents only incomes made in India will be taxable by the tax authorities. It is therefore safe to say that for Indian residents, the residence rule will be applied but for Non-residents, the source rule is applicable.

To determine the residential status of a person, the provisions of Section 6 of Income Tax Act 1961 will usually be considered.

SECTION 90 OF THE INCOME TAX ACT

Incidence of double taxation in India is usually seen where residents have their income tax paid in some other countries on income that accrued abroad which is the foreign income but are still required to pay tax on such income in India.

Where this is the case, Sections 90 and 91 of the Income Tax Act of 1961 provides relief from Double taxation. Section 90 will apply in cases where India has an existing Bilateral agreement with that other country while section 91 will apply where no such bilateral agreement exists.

It is however important to note that, India curretly has existing Double Taxation Avoidance Agreements (DTAA) with 93 countries and Limited Agreements with 8 Countries. In situations where the Central Government has an existing agreement with the Government of any country outside India, for the purpose of ensuring availability of relief for double taxation, for the benefit of the assessee to whom such agreement will apply, the above stated provision of the Act shall apply to the extent that they are more beneficial to that assessee. The provisions of Chapter X-A(GENERAL ANTI-AVOIDANCE RULE) of the Act inserted wef 01.04.2016 shall be made applicable to the assessee even if such provisions are not of benefit to .

Where a DTAA agreement exists (Section 90)

Sequel to the provisions of section 90, there are generally two ways by which relief may be granted under Double Taxation Avoidance Agreement. These methods include; Exemption method and Tax credit method

For the Exemption method, the income is usually taxed in only one of the two countries with none taxed in the other. In the case of Tax Credit method, the income is subjected to tax in both countries subject to the treaty of the country of residence which will result into the tax credit / reduction for the tax charged in the country where it originated.

Where Bilateral agreement has been entered in accordance with section 90 with a foreign country, then the assessee can either agree to be subjected to tax in relation with the Double Taxation Avoidance Agreement or in accordance with normal provisions of Income Tax Act 1961.

Where there is no DTAA agreement, Section 91 will usually apply.

Double taxation is not a new phenomenon in this modern age. As stated in the article, it is not unusual that different tax jurisdictions have overlap in the levying of personal income tax or company income tax, which will lead to additional tax burden on the assessee. The only way to remedy this will be to benefit from Double Taxation Avoidance Agreement.