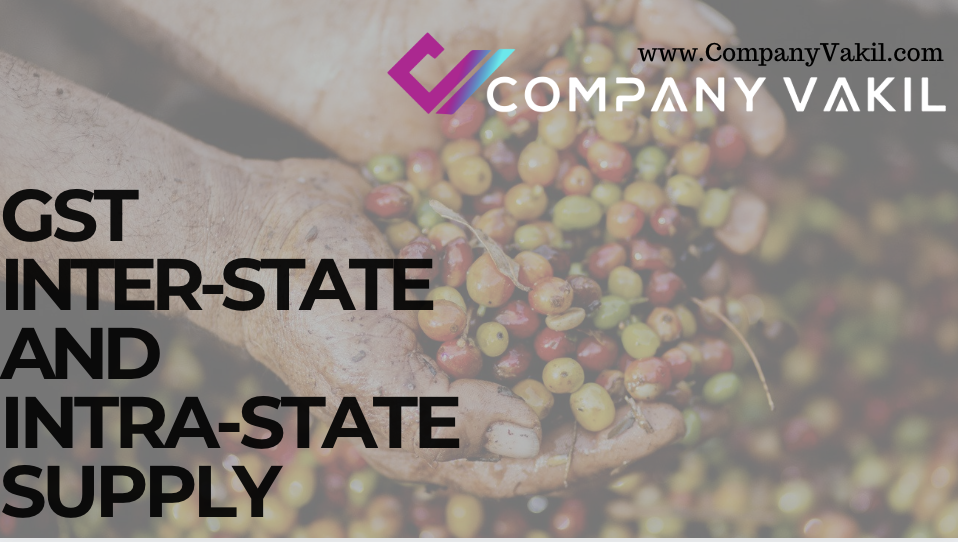 The Goods and Services Act (GST) Act, is said to be the most significant tax reforms of the country. The main motive of this Act was ‘One Nation, One Tax’. Thus it replaced the numerous taxes such as VAT, service tax, central excise, etc. with just one tax. GST is one indirect tax for the whole country. Under GST, the registration is done online which is easy to follow and obtain by everyone unlike the previous taxes.

Goods and Service tax is an indirect tax imposed on the supply of goods and services. The powers of collecting and regulation of taxes are vested to State and Central Government respectively.

It is very important to determine the type of transaction to check whether it falls under the purview of CGST, SGST OR IGST. There are namely two types of transaction. They are-

Under Central Goods and Services (CGST) Act, for transactions relating to Intra-state supply of goods and services, CGST tax is levied by the Central Government and SGST tax is charged by the State Government. These are governed under CGST and SGST Acts, respectively.

Integrated Goods and Services (IGST) tax is levied on Inter-state supply of goods and services and it is governed by IGST Act.

Union Territory Goods and Services (UTGST) Act is the tax imposed on the Union Territories in India including Andaman and Nicobar Islands, Dadra and Nagar Haveli, Chandigarh, Lakshadweep and Daman and Diu transactions.

So to determine the type of transaction, it is essential to know the meaning of Inter-State and Intra-State.

Sections 7 and 8 of the IGST Act has mentioned the criteria required to determine whether a supply is inter-state or intra-state in nature.

As per section 8 of the IGST Act,

Where the location of supplier and the place of supply are in the same State or in the same Union territory, the supply is an intra-state supply as per Section 8.

According to Section 7 of the IGST Act,

One State and one Union territory,

Then the supply is an inter-state supply.

Let us understand more about Intra-State and Inter-State supply:

Intra-State Supply of Goods and Services:

Intra-State supply is when the location of transaction is within the state or union territory. The parties of the transaction that are the buyers and sellers are in the same state. For e.g. the supplier and buyer both are from the state of Maharashtra. In these transactions the seller has to collect CGST and SGST from the buyer.

XYZ Company which is situated in Mumbai (Maharashtra) is providing services to A, who lives in Pune (Maharashtra). This is an example of Intra-State Supply.

As every Act has its merits and demerits, GST Act also has its own advantages and disadvantages. But in the case of India, it can be said that the advantages of GST outweigh the disadvantages. For businesses as all the registrations process and returns etc. can be done online, it is easily compliable and transparent which makes it easier to administer. Also it has brought uniformity in taxes and has tried to control leakages, frauds and malpractices.

Initially, it did take time for the people to adjust with the new Act and people in the short run are facing problems but in the long run it would definitely help in creating and maintaining a stable and uniform rules and regulations which would bring ease in conducting business in India.

Leave a reply Click here to cancel the reply