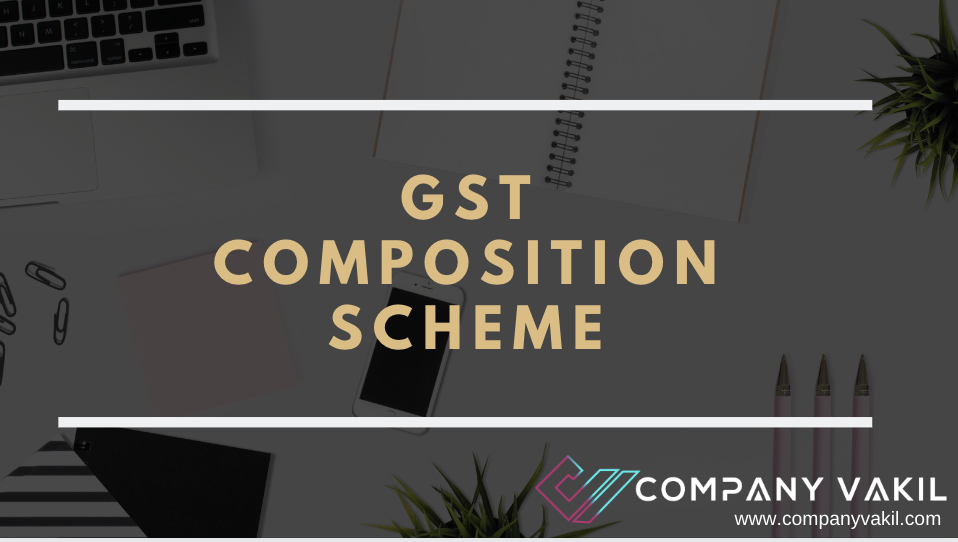 GST is one of the most remarkable tax reforms of India. It is an indirect destination based tax imposed on goods and services. The taxes prevailing earlier such as service tax, VAT etc. were subsumed by GST. The purpose behind GST was to create ‘one nation, one tax’ and establish an easier way of paying taxes. It eliminated double taxation or the cascading effect of taxes where the tax payers had to pay inflated prices which was a big burden to them. Since its implementation, it has increased the revenues for the government. It has also encouraged the small scale businesses.

GST introduced the Composition Scheme which is a special scheme for the small business service providers. This scheme’s motive is to lower the burden of compliance provisions for small businesses. Under this scheme, the business or person has to pay tax at a flat percentage on quarterly basis instead of paying at a regular rate every month. This scheme has come up as a great relief for the small scale business service providers and removed a huge burden off their shoulders. The scheme can be availed by businesses whose annual turnover is less than Rs. 1.5 Crore and in Special Category States such as North Eastern States and Himachal Pradesh, the turnover amount is less than Rs. 75 lakhs. Recently, the scheme has also included the real estate sector.

This scheme can be availed at the time of filing new registration in Form GST REG-01.

There are certain restrictions to this scheme. This scheme is not applicable to inter-state supplies, manufacturers of ice-cream or tobacco, a casual taxable person or a non-resident taxable person and businesses supplying goods through e-commerce. It is also not levied on supply of certain goods such as alcohol for human consumption, high speed diesel, natural gas etc.

Earlier, service providers except restaurant services were not allowed to avail this scheme but changes were made in January 2019, which resulted into allowance for all service sectors to avail the composition scheme.

The tax rate structure is split equally between SGST and CGST.

The payment is to be made by the suppliers and not the consumers. This is an important factor of this scheme. The tax payer can slip paying every month and instead pay on a quarterly basis by the 18th of the month.

BENEFITS OF THE COMPOSITION SCHEME:

Because of a host of taxes levied under the previous tax structure, the tax payers were heavily burdened to pay multiple compliances. The GST Composition Scheme has eased the compliance burden for small scales and has thereby encouraged and promoted the small businesses.

2.Erased the cascading effect of taxes:

Cascading effect i.e. tax on tax was levied in the previous tax structure. When a good is taxed at every stage of production till it reaches the consumer it results in cascading effect. So at the end, the final consumer had to pay an inflationary price. But this scheme has erased the whole tax on tax and has simplified the structure and lessened the prices which were levied earlier on the consumers.

The tax liability of a person is the tax amount he needs to pay during a tax period. GST has successfully replaced the previous taxes and has formed a simple tax structure. It is equally divided between CGST and SGST. Thus, it can be said to have rationalized the tax structure and simplified the tax procedure.

As compared to normal tax dealers, people who have opted for this scheme have to pay taxes at a nominal rate. As people under the composition scheme cannot take credit he saves that much capital whereas a normal tax dealer will have to pay a higher tax and in addition to input tax credit.

Lower tax and provisions under the scheme have encouraged many small scale businesses and start-ups. They only have to pay a fixed rate on their turnover and have to pay taxes on a quarterly basis and only file a single quarterly return. It has also been made simple for everyone as the whole procedure takes place online making the registration process easy to understand and comply.

The people who have opted for this scheme are not eligible for the tax credit which the normal tax dealers enjoy.

2.Limitation on territory of business:

3.No transaction through E-commerce:

Suppliers are not eligible to conduct business online. This means that a vendor cannot supply goods through an e-commerce portal. .

4.Paying tax from own pocket:

The dealer has to pay tax on his own and not charge from the consumer. Even though the tax rates are nominal he cannot issue a tax invoice has to pay the charges levied.

Thus the composition scheme has proved to be quite beneficial to the small suppliers, restaurants etc. and has helped in creating a smooth running environment for them. According to Nation Sample Survey (NSS) conducted during 2015-2016, over 63 million Micro, Small and Medium Enterprises in the country created 110 million jobs and contributed about 29 percent of the country’s economic output. With the introduction of Composition Scheme this figure has increased to a great extent.

To summarize it all, the Government has introduced the Composition Scheme to assist small taxpayers.  A person opting for composition scheme is required to maintain fewer books of accounts and not required to file monthly returns.

Additionally, this scheme has also been made available to service providers along with the supplier of goods. The taxpayer needs to file only one Annual return with quarterly tax payments along with a simple declaration and simplified business for small scale vendors and service providers.

Leave a reply Click here to cancel the reply