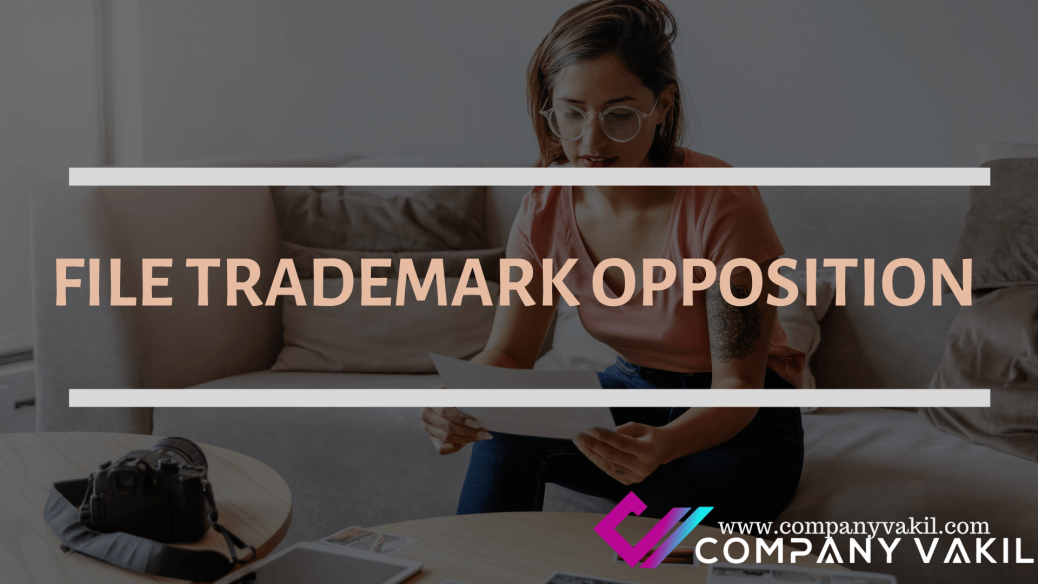 Who Can Oppose A Trademark?

Any person may give a notice of opposition to the registration of a trademark. The person filing the opposition does not have to be a registered proprietor. He can be anyone, no personal interest or a prior commercial reason is required to file the opposition.

Limitation period for filing notice of opposition is four (4) months from the date of advertisement or re-advertisement of an application for registration in the Trademarks Journal.

Amount payable for notice of opposition if the notice is filed physically is three thousand rupees (INR 3,000); for e-filing, it is two thousand seven hundred rupees (INR 2,700). The fee is for each class opposed or counter statement filed.

Both the opponent and the applicant have to give evidence on affidavits, The Registrar may, in his discretion, allow oral evidence also.

Any evidence in support of opposition must be filed within two (2) months from the date of receipt of a copy of the counter-statement. The Registrar may, on a request, extend the period of filing of evidence to a period not exceeding one (1) month in aggregate.

Within the aforesaid time, the opponent must either file evidence or may rely on the facts already stated in the notice of opposition, in which case he must intimate the same in writing to the Registrar and the applicant as well. The copies of any evidence filed by the opponent must be delivered by him to the other party and a written intimation thereof must be given to the Registrar.

In case the opponent neither files evidence in support nor intimates as prescribed, he is deemed to have abandoned his opposition, in which case an order to that effect shall be issued to the parties.

The applicant files evidence in support of his application as well. The time period and the procedure are same as that of filing the evidence of opponent.

Upon completion of the evidence stage, the Tribunal Section generates the hearing notice mentioning therein the first date of hearing. The notices are sent to the parties or their authorized agents who are presently on records. The date of hearing is to be at least one (1) month after the first notice.

A cause list is prepared on monthly basis which is displayed on the notice board and is put up in the official website. Within fourteen (14) days from the receipt of first notice, any party, who intends to appear, shall so notify failing which the party may be treated as not desiring to be heard and the matter may proceed accordingly. The hearing is conducted by the Hearing Officer as per the cause list.

After conclusion of the hearing, the Hearing Officer gives his decision along with facts and materials considered by him in arriving at decisions, at the earliest. It is then communicated to the parties concerned and is incorporated in the ‘decision process’ of ‘opposition’ module and the status of opposition and application opposed is updated accordingly.

Filing a trademark opposition is no easy task. Even though any person can file the opposition, it is advised to consult an attorney before filing the opposition so as to avoid any shortcoming that can arise in the future.