Warning: ftp_pwd() expects parameter 1 to be resource, null given in /homepages/44/d793335463/htdocs/pro/wp-admin/includes/class-wp-filesystem-ftpext.php on line 230
 EVERYTHING ABOUT PRODUCER COMPANY | Company Vakil

EVERYTHING ABOUT PRODUCER COMPANY

Home EVERYTHING ABOUT PRODUCER COMPANY 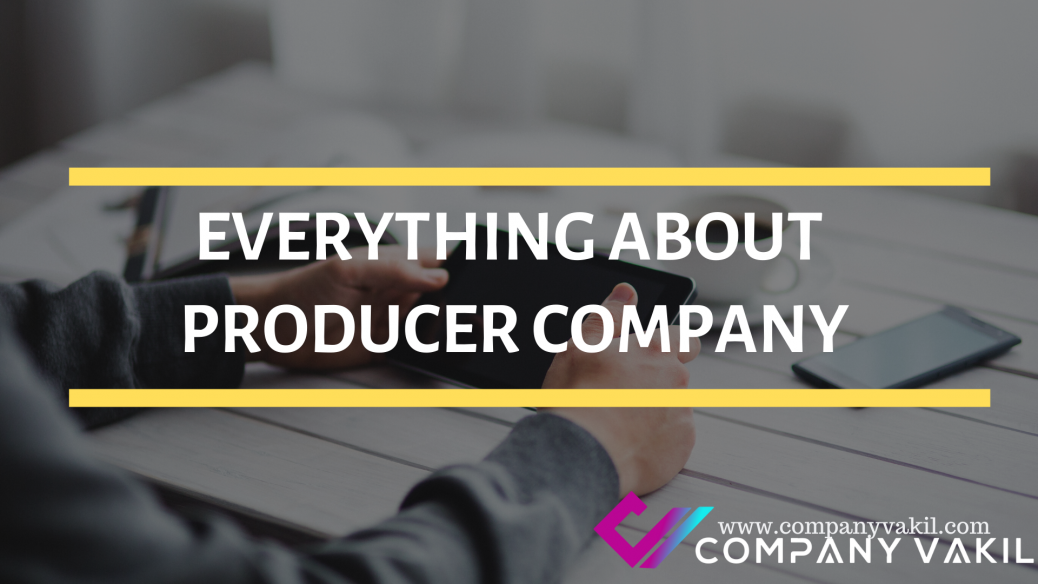 A Producer Company is a body corporate registered under the Companies Act with the object of harvesting, production. Procurement, grading, pooling, marketing, handling, selling or export of the primary produce of the members or import of goods or services for their benefit. It is a legal body consisting of farmers, agriculturists so that their standard of living is improved and thus to ensure they have a good status of support, income and profitability.

INCORPORATION AND OTHER MATTERS

Section 581B of the 1956 Act deals with the objects of a Producer Company which is as follows:

Provided that the Producer Company may carry on any of the activities specified in this clause either by itself or through other institution;

Every Producer Company shall deal primarily with the produce of its active members for carrying out any of its objects specified herein.

In case where the membership consists of individuals and producer institutions, the voting rights are computed on the basis of single vote for every member.

Provided that every such member may be allotted bonus shares in accordance with the provisions of contained in Section 581ZJ.

The Memorandum of Association (MOA) of every Producer Company shall state:

Every Producer Company shall have at least five (5) and not more than fifteen (15) directors:

As a legal entity, Producer Company was enacted in 2003 as per Chapter IX A of the Companies Act, 1956 and has been considered as one of the organizational form which has the potential to empower, improve and strengthen the incomes, quality of life and standard of living of farmers, agriculturist and producers in India. As of March 31, 2019 a total of 7,374 producer companies have been registered in India and almost all the States and Union Territories have a Producer Company.