Warning: ftp_pwd() expects parameter 1 to be resource, null given in /homepages/44/d793335463/htdocs/pro/wp-admin/includes/class-wp-filesystem-ftpext.php on line 230
 Everyone should aware with Audit & its process | Company Vakil

Everyone should aware with Audit & its process

Home Everyone should aware with Audit & its process 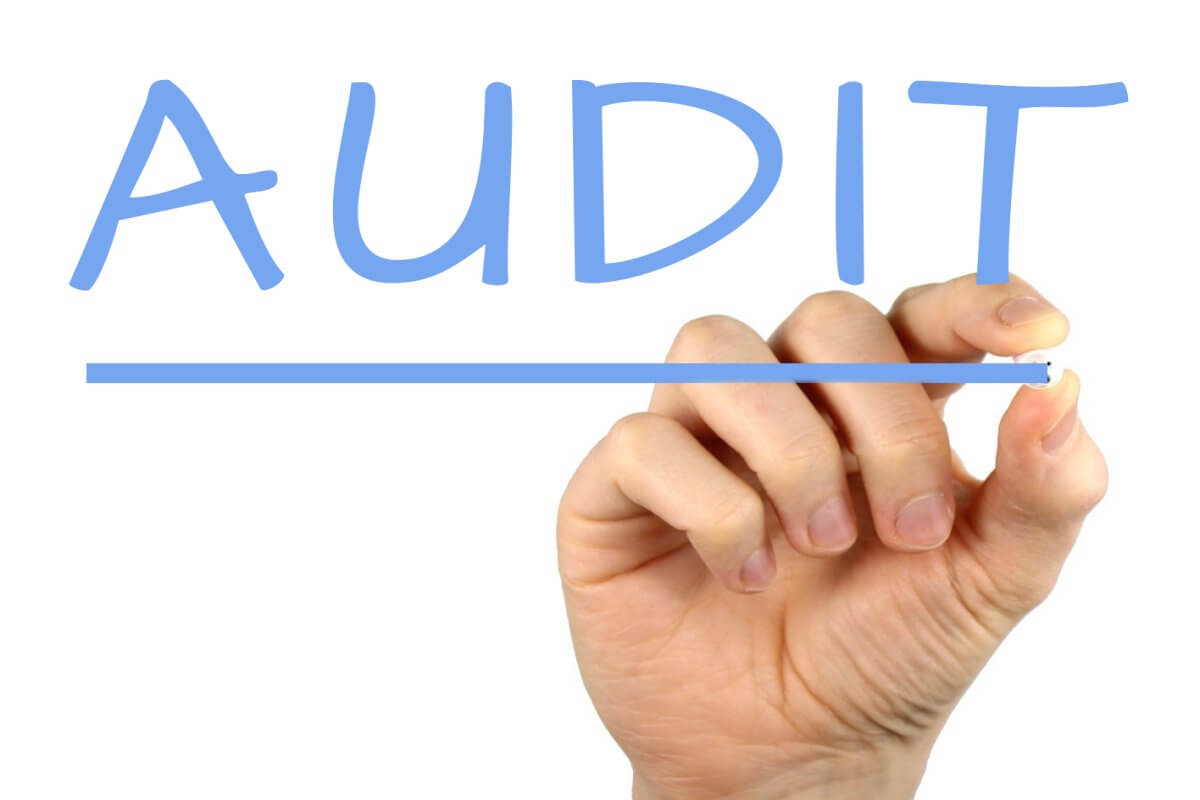 An audit is the examination or inspection of various books of accounts by an auditor followed by physical checking of inventory to make sure that all departments are following a documented system of recording transactions. It is done to ascertain the accuracy of the financial statements provided by the organization.

Who can perform an audit?

In India, chartered accountants from ICAI or The Institute of Chartered Accountants of India can do independent audits of any organization. CPA or Certified Public Accountant conducts audits in the USA.

There are four main steps in the auditing process.

1)    The first one is to define the auditor’s role and the terms of engagement which is usually in the form of a letter which is duly signed by the client.

2)    The second step is to plan the audit which would include details of deadlines and the departments the auditor would cover. Is it a single department or whole organization which the auditor would be covering? The audit could last a day or even a week depending upon the nature of the audit.

3)    The next important step is compiling the information from the audit. When an auditor audits the accounts or inspects key financial statements of a company, the findings are usually put out in a report or compiled in a systematic manner.

4)    The last and most important element of an audit is reporting the result. The results are documented in the auditor’s report.

An audit is a systematic and independent examination of books, accounts, statutory records, documents and vouchers of an organization to ascertain how far the financial statements, as well as non-financial disclosures, present a true and fair view of the concern

Any subject matter may be audited. Auditing is a safeguard measure since ancient times (Loeb & Shampoo, 1989). Audits provide third-party assurance to various stakeholders that the subject matter is free from material misstatement. The term is most frequently applied to audits of the financial information relating to a legal person. Other areas which are commonly audited include secretarial & compliance audit, internal controls, quality management, project management, water management, and energy conservation. As a result of an audit, stakeholders may effectively evaluate and improve the effectiveness of risk management, control, and the governance process over the subject matter.

The word audit is derived from a Latin word “audible” which means “to hear”. During the medieval times when manual book-keeping was prevalent, auditors in Britain used to hear the accounts read out for them and checked that the organization’s personnel were not negligent or fraudulent. Moyer identified that the most important duty of the auditor was to detect fraud. Chat field documented that early United States auditing was viewed mainly as verification of bookkeeping detail.

There are a number of types of audits that can be conducted, including the following:

Here are five characteristics of an auditor that are vital in the trade.

1) Have the Required Experience.

2) Certifications are key academic qualifications for an auditor. …

4) Auditors Have the Ability to Understand Different Business Needs. …

Audit techniques are tools, methods or processes by means of which an auditor collects necessary evidence to support his opinion in respect of the propositions or assertions submitted by the client to him for his examination. Audit procedures are ways of applying techniques to a particular phase of an audit because operations at modern companies are increasingly computerized, IT audits are used to ensure information-related controls and processes are working properly. The primary objectives of an IT audit include: Evaluate the systems and processes in place that secure company data.

There are six specific steps in the audit process that should be followed to ensure a successful audit.

6) Setting up a Closing Meeting.

In the US, audits of publicly traded companies are governed by rules laid down by the Public Company Accounting Oversight Board (PCAOB), which was established by Section 404 of the Sarbanes–Oxley Act of 2002. Such an audit is called an integrated audit, where auditors, in addition to an opinion on the financial statements, must also express an opinion on the effectiveness of a company’s internal control over financial reporting, in accordance with PCAOB Auditing Standard No. 5.[10]

There are also new types of integrated auditing becoming available that use unified compliance material (see the unified compliance section in Regulatory compliance). Due to the increasing number of regulations and need for operational transparency, organizations are adopting risk-based audits that can cover multiple regulations and standards from a single audit event project audit provides an opportunity to uncover issues, concerns and challenges encountered during the project lifecycle. Conducted midway through the project, an audit affords the project manager, project sponsor and project team an interim view of what has gone well, as well as what needs to be improved to successfully complete the project. If done at the close of a project, the audit can be used to develop success criteria for future projects by providing a forensic review. This review identifies which elements of the project were successfully managed and which ones presented challenges. As a result, the review will help the organization identify what it needs to do to avoid repeating the same mistakes on future projects

There are 2 types of Project audits:

1) Regular Health Check Audits: The aim of a regular health check audit is to understand the current state of a project in order to increase project success.

2) Regulatory Audits: The aim of a regulatory audit is to verify that a project is compliant with regulations and standards. Best practices of NEMEA Compliance Center describe that the regulatory audit must be accurate, objective, and independent while providing oversight and assurance to the organisation

Other forms of Project audits:

Formal: Applies when the project is in trouble, the sponsor agrees that the audit is needed, sensitivities are high, and need to be able to prove conclusions via sustainable evidence.

Informal: Apply when a new project manager is provided, there is no indication the projects in trouble and there is a need to report whether the project is as opposed to where it’s supposed to Informal audits can apply the same criteria as formal audit but there is no need for such an in-depth report or formal report.

Here we learn about Audit & its process, in current scenario audit is important so we all should aware with this word.