Warning: ftp_pwd() expects parameter 1 to be resource, null given in /homepages/44/d793335463/htdocs/pro/wp-admin/includes/class-wp-filesystem-ftpext.php on line 230
 BEST BUSINESSES IN INDIA | Company Vakil 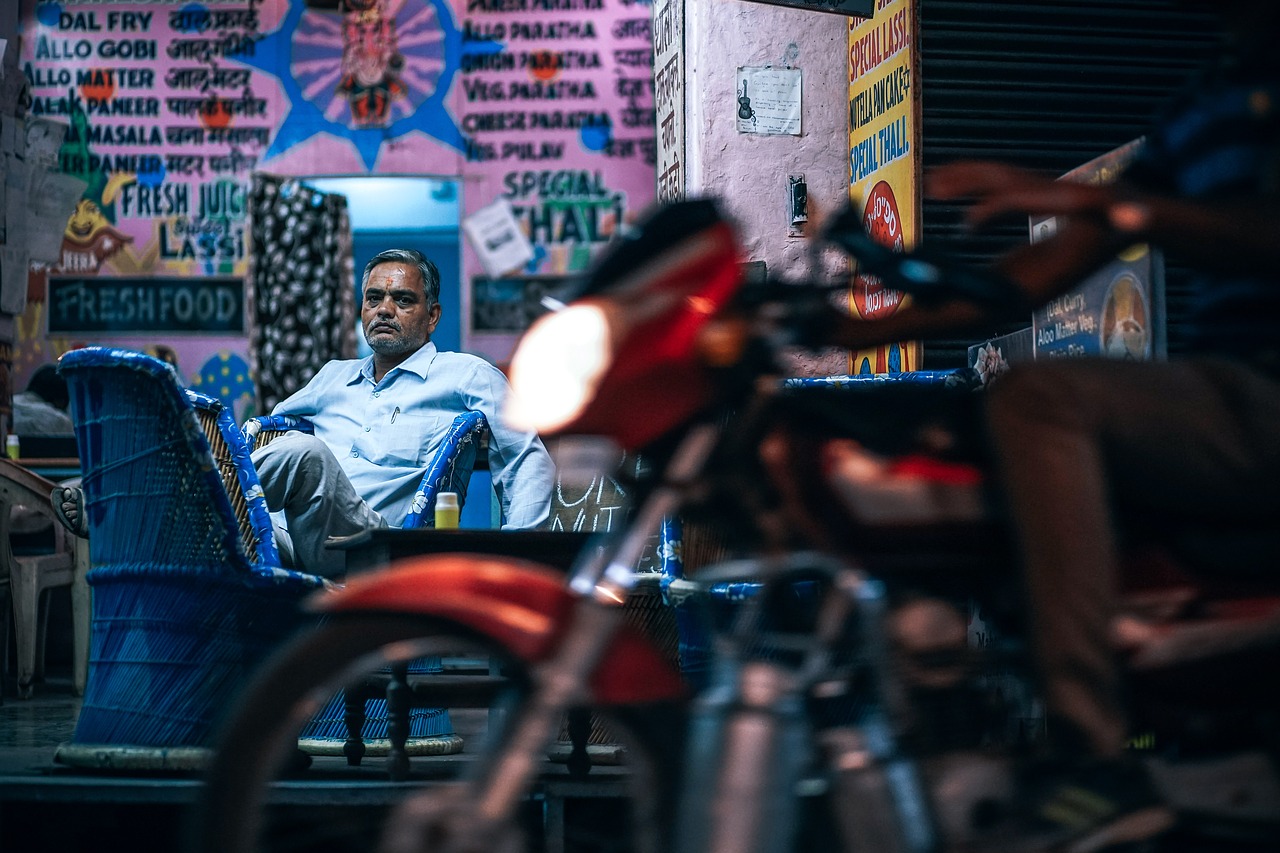 Below is the list of industries with share of their contribution and businesses that come under their purview and which has high prospect of being successful. Ranking of the list has been done up to ten. See below –

Introduction of the retail supermarket has been successful and contrary to the apprehension, not at the cost of small retailers.

With the introduction of 51% Foreign Direct Investment (FDI) in multi-brand retail and 100% FDI in single-brand retail in 2012, the growth in this industry has been tremendous.

It is one of the most important sector in terms of contribution to our erstwhile agrarian economy. Now, India is moving fast towards service-based economy. But the importance of agriculture is still the same. Fall in it’s productivity causes governments to fall.

This sector contributes 15.7% to the nation’s GDP. The green revolution brought in the 70s have increased the productivity of this sector drastically. Still, the economic condition of small farmers are pathetic to say the least. But the traders in agricultural commodity, as well as farmers with large agricultural lands, are becoming rich day by day.

Organic cultivation is a new and growing trend in this sector. The demand for organic vegetables and fruits is increasing fast enough in metro cities.

From a business perspective, organic cultivation will be a good option if you have large enough capital and few farmers with large lands who are ready to participate in your endeavour. Apart from this, fish cultivation (pisciculture), honey cultivation, horticulture, animal breeding, etc, also has very bright prospectus.

Growth in real estate has mainly centered around urban areas. All metro cities are getting urbanized rapidly due to heavy migration of people from rural to urban areas. Thereby, it’s share to our GDP has increased to 13.5% in 2016.

From a business perspective, this is a very good sector to invest and start a new business. India is still an emerging economy. Hence, it’s need of urban areas is very high. So growth in this sector is almost guaranteed.

Real Estate sector is also recognized as a very important sector from employment generation perspective. As it is said that, real estate supports 25 industries in terms of growth i.e. from cement, sand, iron to electricals and furniture etc. Hence to start a business, this is one the most attractive sector with a lot of choices.

The contribution of this sector into our GDP has gone up to 10% in 2016. This sector also consumes a large number of educated employable people. But from business point of view, one needs a large capital to enter this sector. With the introduction of 49% FDI in this sector, the growth prospect has gone high. The government is also mulling to increase the FDI to 100%. Let us see, whether that happens or not. But if that happens, then this will be a icing on the cake.

Here, IT means Information Technology and ITES is short for Information Technology Enabled Services. From the 80’s onwards this sector has never seen a slowdown. It started in India in the decade of 1980’s and it was growing, at first, a bit slow then with the liberalization of Indian Economy, it’s growth has been steadily fast.

The share of this sector to nation’s GDP is around 9%. It started the reign of BPOs in India. US is the largest market for Indian IT and ITES products. In many SEZs in India, you would find a web of BPOs. Bangalore is also known as India’s Silicon Valley or Silicon Valley of the east. This sector has also helped other sectors in India to grow rapidly by creating a robust digital infrastructure for them.

So, thinking of a new business idea, this might be a forward-looking area. Mainly products like software products, Business processing, etc are the center of this sector.

Transportation is considered to be the lifeline of any economy. To develop an economy, the first requirement is of transportation. Any developed economy has started it’s journey by investing heavily in transport infrastructure. India has also been doing the same for several years. Though it still lacks enough infrastructure for transportation, at least it is on the right path so far.

Due to vast territory, connectivity has become a necessity to create a good business environment. With heavy government spending, this sector has been growing rapidly. Movement of goods has contributed this sector to rise to have a share 8.5% in the GDP of India. Growth in this sector has also helped the insurance sector a lot.

From a business viewpoint, investing in this sector would always be a wise decision in present-day India.

India started investing in this sector since it’s Independence. Nehru-Mahalanobis model focused more on this sector as India looked for rebuilding measures. The need for same will always remain consistent as India grows.

Contribution of this sector to our GDP has been a decent 8%. With increasing focus on manufacturing sector, this industry is set to grow. As the demand for capital goods will increase to support the manufacturing industries.

To generate employment, government is looking forward to improve our manufacturing capacity. So this sector will be very growth-oriented in recent years. Investing in this is a good idea now.

India has always been a sort of leader in this sector. Our chemical industry has been developing since decades. We have very robust infrastructure in this industry. It’s share to our GDP is around 7%.

Growing Indian population has increased the demand of textiles and lot of essential commodities and therefore, the demand of chemicals as capital goods has been on the rise since.

From business viewpoint, investing in this industry will be secure to say the least. There will be assured returns as the demand is not going to recede any time sooner.

India is a vast country and as a result, has a lot of tourist places. From the Himalayas to Deccan plateaus to the Indian Ocean, the scope in the tourism industry is vast. On the top of this, it’s cultural diversity opens a floodgate in tourism. Despite all this, we are not a leader in this industry. Though we have a huge potential to grow in this area. However, in spite of all this, this industry still contributes 6% to India’s economy.

Lack of tourism infrastructure, law and order problems, and special tourism circuits etc has contributed in few foreign tourists than expected. In 2017, a total of over 10 million foreign tourists visited India which is a good figure but not decent enough. Even smaller country like Thailand has attracted more than over 32.6 million tourists in their country in 2017. So we have a lot to improve.

In recent years, medical industry has contributed a lot in foreign tourist arrivals who come India for good medical treatment at a fraction of cost.

Government is trying hard nowadays to improve infrastructure and law and order issue to attract more visitors. For that, it also has started “Incredible India” campaign.

Barring foreign tourists, domestic tourism has developed a lot in recent years. With the increase in income of many middle class peoples, they have been visiting other places for pleasure and religious purposes.

To say in general, this sector has lot of potential to grow and with government focus, it is going to grow even faster. So investing in this sector will always remain a good idea. The returns are incredible and fast. Main businesses could be hotel and resorts, amusement parks, restaurants, or even world-class hospitals etc.

Traditionally India has been a pioneer in textile industry even before Britishers came in India. Industrial revolution in west, though, harmed our textile industry up to the extent of even destroying it. But we have recovered from that.

Today this industry is booming like hell. Textile exports are on rise. In 2016, the contribution if this industry to India’s GDP was 4%. It may sound less but it’s huge in comparison to other country on a same footing.

With the increasing population and increase in income of middle class people, the demand for clothes are ever increasing. So business prospect in this sector is very bright. Only concern is the cultivation of cotton which has it’s own share of problem. But introduction of BT-cotton has solved that problem up to a very large extent.

However, this is an ever growing industry, so investing in this sector will always be a great idea.

These are the best businesses in India, where you can look into for investment or starting business. The list is mentioned industry-wise, so, choose your business option accordingly if you are reading this article with that in mind.