Warning: ftp_pwd() expects parameter 1 to be resource, null given in /homepages/44/d793335463/htdocs/pro/wp-admin/includes/class-wp-filesystem-ftpext.php on line 230
 Authorized Capital and Paid-up Capital | Company Vakil 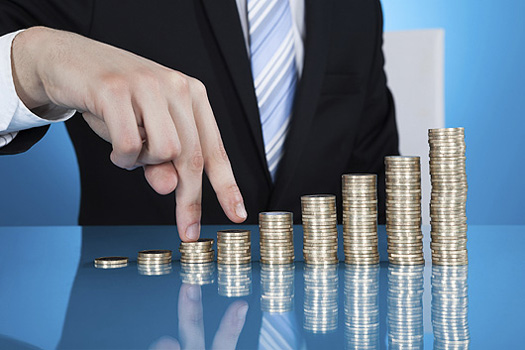 The Registrar of Companies (RoC)

What is included in the capital structure of the company?

A company’s capital structure includes all kinds of capital that the company is working with at the given point in time. It includes :

What is the authorized capital of a company?

If talked about briefly, an authorized capital is the maximum amount of value of securities that a company is allowed to legally issue to its shareholders. It is specified in the MOUs itself.

After company registration, Authorized capital can be broadly divided into the following categories :

Issued capital: It is the value of the share that is actually issued by the company to the shareholders.

Paid up capital: It is the capital that is received from the shareholders in exchange of the shares.

Uncalled capital: It is the amount that is unpaid by the shareholders for the shares that they have bought.

For private limited companies and OPCs, the maximum authorized capital is Rs. 1 lakh.

The authorized capital is decided at the time of incorporation of the company.

There is an increase in the ROC fee as the authorized capital increases.

The amount of the authorized capital can be changed at any point in time after the incorporation of the company and after the company registration.

However, this capital is not liable to be counted at the time of determining the net worth of the company. The related fees of such capital are displayed on the MCA website.

If a private limited company wishes to issue shares that commensurates the vale of the investment, it has to pay the Ministry of Corporate affairs a fee for increasing the authorized share capital of the company.

Start-ups usually tend to do the company registration process with a minimum authorized capital because of the ROC fees attached to the same. However, every change in the amount must be duly followed by notifying the MCA and paying the ROC fees.

What is paid-up capital?

It was mandated by The Companies Act, 2013 for all the Private Limited Companies have a minimum paid up capital of Rs.1 lakh. This meant that Rs.1 lakh worth of money had to be invested in the company by purchase of the company shares by the shareholders to start a business. However, the Companies Amendment Act, 2015 relaxed the minimum requirement for paid-up capital. Therefore, there is now no requirement for any minimum capital to be invested to start a private limited company.

In case of any change in the authorized and paid up share capital, Registrar of Companies (ROC) needs to be updated with. The details will be recorded in the Companies Master Data of MCA and will be available for the public to view the data.

In order to avail the benefits of authorized capital, it is mandatory for a company to be done with the process of company registration. At Compnay Vakil, a team of experienced lawyers can assist and guide you at each step making the process easier to comply with.