Warning: ftp_pwd() expects parameter 1 to be resource, null given in /homepages/44/d793335463/htdocs/pro/wp-admin/includes/class-wp-filesystem-ftpext.php on line 230
 ALIGNMENT OF INDIA WITH INTERNATIONAL TRADEMARK SYSTEM | Company Vakil 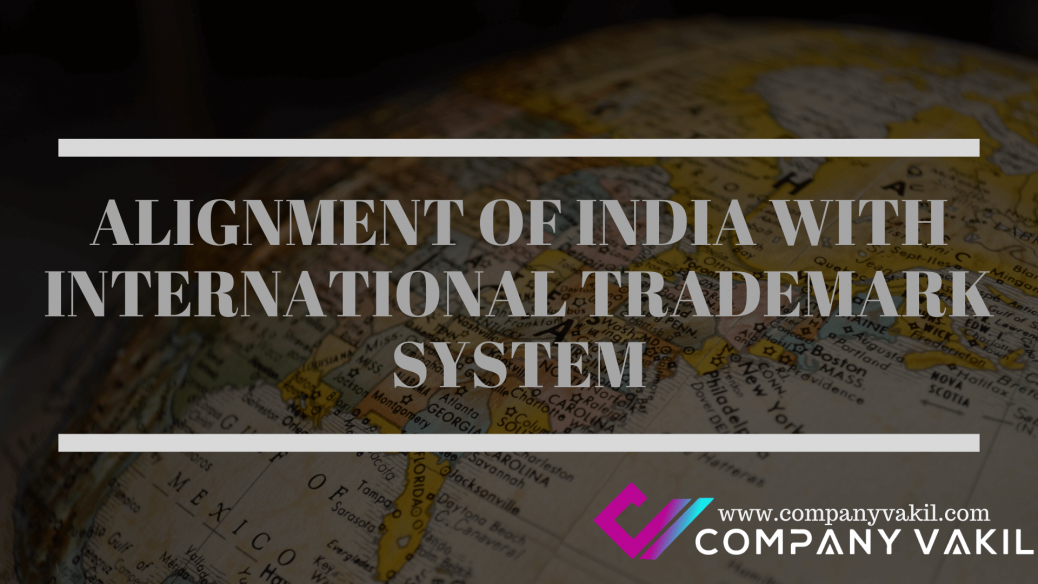 On March 2019, Cabinet of India approved the proposal for accession to the Nice, Vienna and Locarno Agreements. It is a huge step in the field of intellectual property in India and its protection. The move is made so that foreign investors can have confidence when it comes to protection of intellectual property in India. So what are these agreements about?

What is Nice Agreement in relation to trade marks?

The Nice Agreement, concluded at Nice, establishes a classification of goods and services for the purposes of registering trademarks and service marks (The Nice Classification). Each of the countries party to the Nice Agreement is obliged to apply to the classification. It consists of a list of 34 classes and an alphabetical list of goods that was adopted under the Nice Agreement and later expanded to cover 11 classes of services and an alphabetical list of those services. The Nice Agreement provides for the setting-up of a Committee of Experts in which all countries party to the Agreement are represented. The classification is based on the United International Bureaux for the protection of Intellectual Property (BIRPI), predecessor of World Intellectual Property Organization (WIPO). India became the 88th member of the Agreement which requires the member states to indicate classes of Classification to which the goods or services for which the mark is registered, belongs.

What is Vienna Agreement?

The Vienna Agreement, concluded in Vienna in 1973 and amended in 1985, establishes a classification (the Vienna Classification) for marks that consist of, or contain, figurative elements. The competent offices of Contracting States must indicate in official documents and in any publication they issue in respect of the registration of marks the numbers of the categories, divisions and sections of Classification to which the figurative elements of those marks belong. The Agreement is open to States party to the Paris Convention for the Protection of Industrial Property (1883).

Article 4 of the Vienna Agreement provides that, subject to the requirements prescribed by the Agreement itself, the scope of the Classification is that attributed to it by each of the Contracting States, and that, in particular, the Classification does not bind those States in respect of the extent of protection afforded to the mark. India became the 34th member of the Vienna Agreement.

What is Locarno Agreement?

A diplomatic conference, to which all the countries that were members of the Paris Convention for the Protection of Industrial Property were invited and which was held in Locarno (Switzerland), adopted on October 8, 1968, the Locarno Agreement establishes a classification for industrial designs (the Locarno Classification). The competent offices of the Contracting States must indicate the deposit or registrations of industrial designs, the numbers of the classes and subclasses of the Classification to which the goods incorporating the designs belong.

All these agreements have created a Union, which has an Assembly and a Committee of Experts in which all members of the Union are represented. The main task of the Committee is the periodical revision of the Classification.

“This is a big event in India’s intellectual property rights space. In recent years we have had a substantial jump in the Global Innovation Index ranking of India and I am sure these treaties would also be a major step in that direction of improving India’s competitiveness. This also shows that our relations with World Intellectual Property Organization are getting stronger and increasing and we are confident that this trend will continue in the coming years.”

These treaties, which will be coming into force from September 2019, are a huge step towards boosting India’s position in the field of intellectual property in the global market. It shows how serious we are for the protection of the intellect of individuals and entities in India and around the world. The Nice, Vienna and Locarno Agreements together are epitome in the area of intellectual property and India’s step towards these strengthened India’s global reach and it will work as an assurance for the foreign investors that their work is not going to be taken for granted here.