Warning: ftp_pwd() expects parameter 1 to be resource, null given in /homepages/44/d793335463/htdocs/pro/wp-admin/includes/class-wp-filesystem-ftpext.php on line 230
 ADVERTISEMENT OF TRADE MARK APPLICATION | Company Vakil 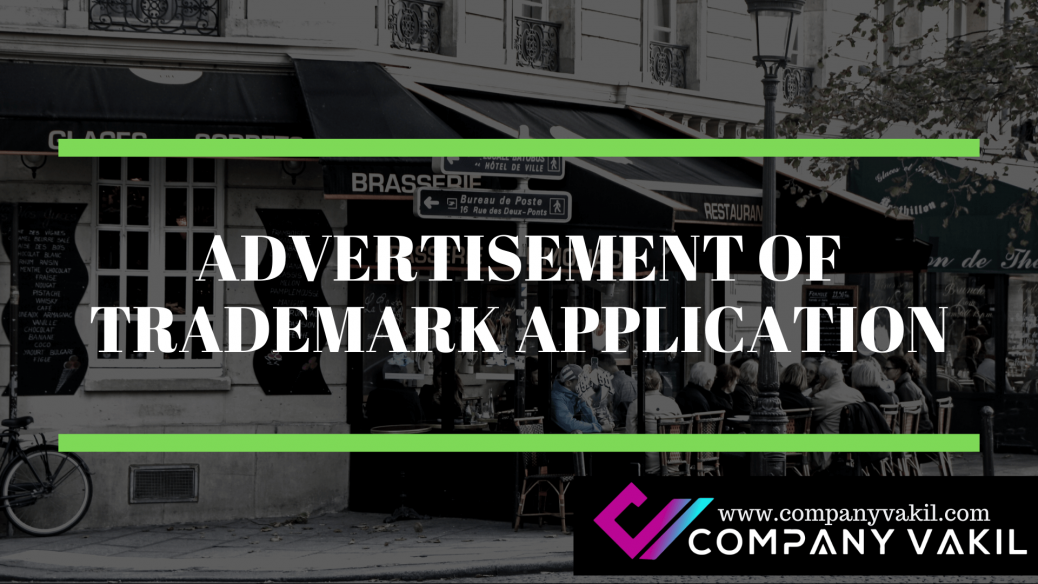 Provided that the Registrar may cause the application to be advertised before acceptance if it relates to a trade mark to which sub-section (1) of section 9 and sub- sections (1) and (2) of section 11 apply, or in any other case where it appears to him that it is expedient by reason of any exceptional circumstances to do so.

Publication of application in the trademarks journal

The advertisement of application in the trade mark journal should contain:

The system generates a preview of the advertisement, the officer concerned finds the contents proper, then approves the case for advertisement and the application is accordingly compiled through the system for publication in trade mark journal.

All such applications which are complied for publication in the trade mark journal are published in the journal by a designated officer from Head Office of the Trade Mark Registry at every Monday and the same is available on the home page of the official website www.ipindia.nic.in free of cost to the public. For the purpose of opposition, the Trade Mark Registry separately notifies the date on its official website. A person can have the issues of the trade mark journal in CDs after paying the required fee as mentioned in the journal itself.

The reasons for publishing the trade mark in the trade mark journal is to provide other proprietors a mechanism and opportunity to oppose the trade mark, who have a conflict of interest from the advertised trade mark and to help other applicants have a platform to search for marks so that there are no similar looking or identical marks.

Other matters to be published in the journal are collected from different sections of the TMR.

A trade mark is advertised in the trade mark journal so as to provide all relevant information about it to the public in general. The reason behind this is that if a person or entity feels the need to oppose the trade mark for the reasons mentioned in the Trade Marks Act, they can do so easily with all the necessary information on one tap of the finger. The move of making the issues of the journal online and available on the internet, the office of trade mark has helped the people immensely. If an advertisement is published with incorrect information, it gets cancelled and it would be necessary for the trade mark to be re- advertised so as to get the registration certificate.

It should be kept in mind that Advertised as Accepted, does not mean, in any case, that the trade mark is guaranteed to be registered. It just shows that the mark is accepted by the officer and that it would not be registered if someone opposes the mark and succeeds which might result in cancellation. If though, there is no opposition of the trade mark so advertised, it clears the final step of registration process and gets registered within few months after the four months of opposition period is over. In case of Advertised before acceptance, if there is no objection as to the mark, the application is sent to the Accepting Officer and after he accepts it, the mark can get registered.